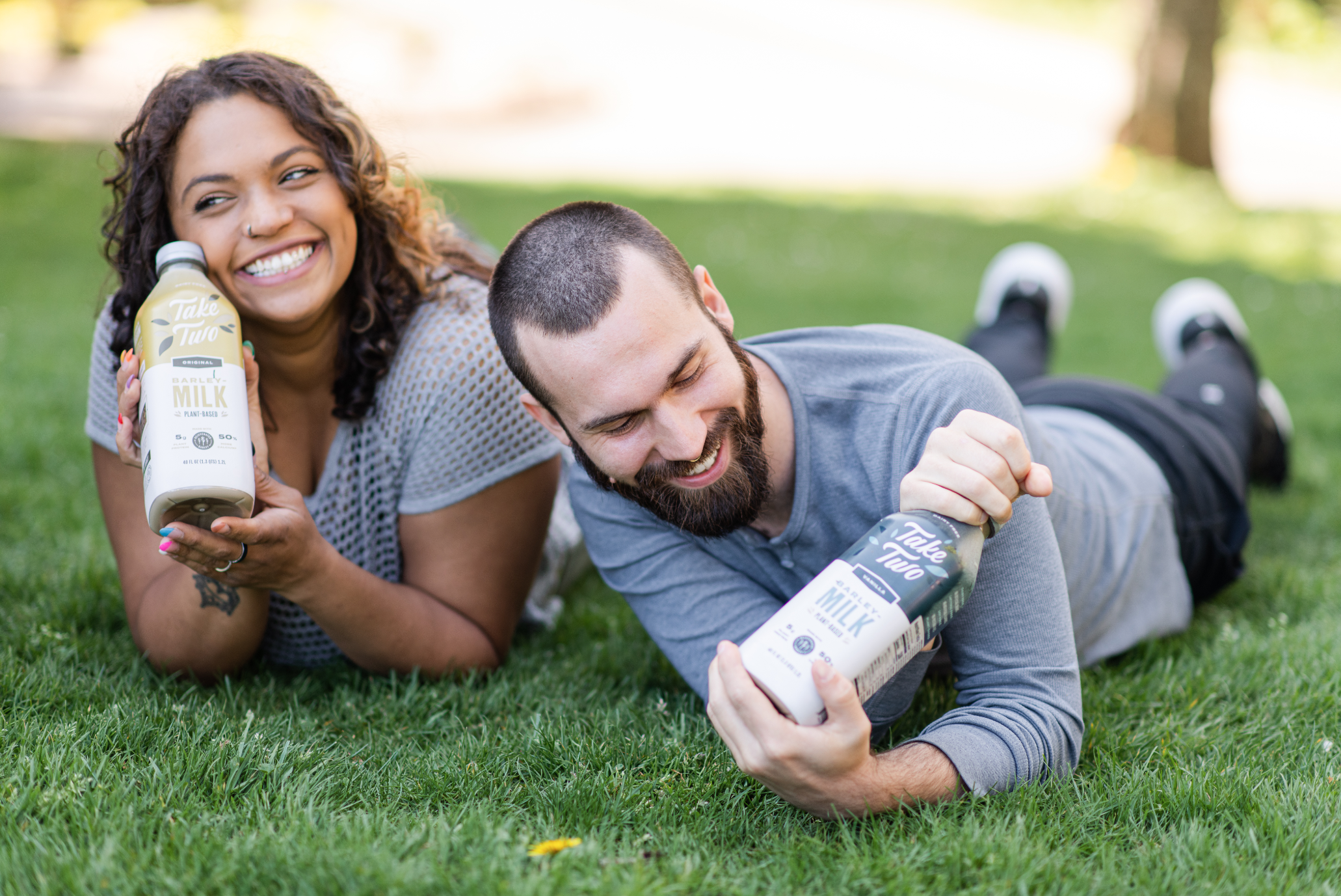 Barley is an ancient grain, grown for greatness. For thousands of years, it’s been cultivated and enjoyed by cultures across the globe, and because of its nutrient-density and countless health benefits, barley is considered a superfood.

The barley we use is grown all over the world by a global network of dedicated barley farmers who specialize in producing some of the world’s top barley varieties for use in commercial beer production.

During beer production, only the sugars, or malt, in the barley is used. The rest of the grain -- including plant protein, fiber, and other nutrients -- is still left and totally usable afterward. The spent grain is actually quite a powerhouse!

It's this barley -- that still has life and nourishment -- that is transformed and upcycled into Rejuvenated Barley: the delicious, nutrient-rich, low-carbon, plant-based protein source we use to make Take Two Barleymilk.

Not only are our Barleymilks creamy, smooth, and delicious, they are also packed with wholesome nourishment: at least 5 grams of complete plant protein per serving, 50% more calcium than dairy milk; healthy fats like MCTs from coconut and monounsaturated fat from sunflower; and +50% less sugar than other flavored milks. They also perform in the kitchen like traditional dairy -- from savory to sweet dishes, coffee to lattes, baking, cooking, blending or pouring -- you name it. Barleymilk is raising the bar.

A powerhouse, nutrient-rich, low-carbon, plant-based protein source made from upcycled spent grain from beer production. Each year, billions of pounds of spent grain are discarded annually -- most is fed to livestock, and the rest goes into landfills. We use Rejuvenated Barley to craft the world’s most remarkable plant-based foods.

One of the most sustainable sources of plant protein. Pea cultivation requires less land and water than, for example, dairy and almonds, making its environmental footprint smaller.

This tiny seed packs a big nutritious punch with good fats -- like monounsaturated and polyunsaturated fatty acids -- and trace minerals, like zinc and manganese.

We know how hard it can be to find plant-based options that check all the boxes. That's why we’ve crafted Take Two Barleymilk: to totally and completely surprise and delight our community by how all-around-fantastic plant-based milk can be.

Plant-Rich in Your Kitchen